The Ones to Watch

Extra places available for ONE DAY ONLY!

The Ones to Watch 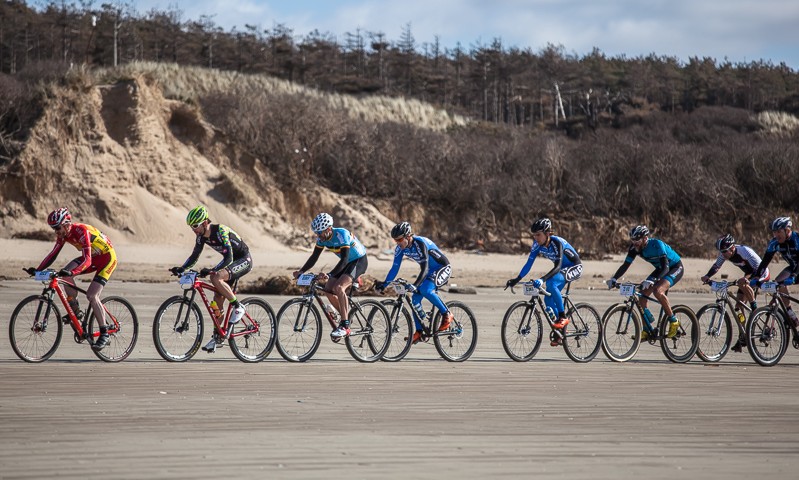 Despite only being in the second year, Battle on the Beach has already commented itself as a major race to win for many riders. While the vast majority will be entering to enjoy themselves and just experience the event, with one of the biggest cash purses available in MTB racing in the UK riders are travelling from far and wide to take part in the unique event. With less than a week to go until Battle on the Beach, we have taken a close look through the entry list and tried to pick a few names to watch who might challenging for the Open Male & Female titles. 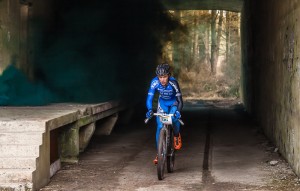 Stefan Vreugdenhil – Carrying the Number 1 board, the 2014 winner Stefan is back to defend his title. The dutch racer is very experienced in beach racing on the continent and will no doubt be among the top riders this year. In 2014 Stefan rode 2 laps into the wind on his own, holding off a chase group of 4 riders behind.

Ramses Bekkenk – a team mate of Stefan from the KMC-Mitsubishi-Koga team, Ramses is a world-class mountain biker across all distances and disciplines. Finishing 4th in the 2014 Crocodile Trophy (Australia) Ramses is one to watch!

Ryan Bevis – Self proclaimed “Fastest Postie in Wales”, (Jonathan Pugh might have something to say about that!) Ryan has raced road and MTB at a high level for many years and after reluctantly missing the 2014 event he will be looking for a top place.

George Budd – Riding for A Cycling/Pivot UK, George is an Elite XC racer and winner of more races than can be listed on one page. Fat Bike UK Champion in 2014, George will be riding his Pivot LES and is gunning for the overall win!

Simon Ernest – Road racer and Mountain biker with multiple accolades, including several pairs titles at Brighton Big Dog, a silver medal at the National XC series a few years ago and part of the team that won 24:12 in 2014. Perhaps a dark horse, but with a good ride Simon will be at the front. 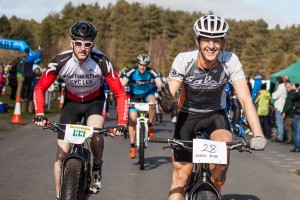 Dan Evans – 2014 British Road Hill Climb Champion and the winner of the biggest race in the UK that isn’t actually a race, the Dyfi Enduro, Dan has been training in warm weather overseas and will be sure to feature near the front.

Maarten Himpens – A rider from Belgium with several beach race wins in the recent 2014 season. A newcomer to Battle on the Beach, but his experience is bound to show through.

Kim Little – In October 2014 Kim and his race partner Paul Hopkins won another A Cycling event, Tide to Tide. Stepping clear of the competition in that race, Kim has experience of racing at Pembrey and has scored great early season results.

Chris Metcalfe – A top 10 finisher in 2014, riding for Charge Bikes, can Chris move up a few positions this year?

Dave Powell – Another top 10 finisher in 2014, an endurance specialist who can also hold his own in shorter events. Dave loves training in the British winter weather and will be coming into the race with plenty of miles in his legs.

Jonathan Pugh – Another local rider from Builth Wells and another postman. Incredibly talented, capable of destroying the field on a singlespeed… except we heard on the grapevine that he has a geared bike!

Bram Rood – The final KMC-Mitsubishi-Koga rider in the Open Male category (Martin Schuttert rides in Veterans this year) and the one wearing the Dutch championship colours as the current MTB national champion. Recently finishing 2nd in a major beach race in The Netherlands, Bram is on form!

Lee Williams – Another talented Welsh rider capable of taking the win on home turf. Lee showed at the final A Cycling XC race that he is on good form, winning the Elite race against strong competition. A very capable mountain biker and cyclocross rider, if Lee brings his A game, he will give the continental riders a wheel to chase! 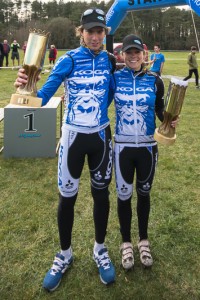 With Karen Brouwer unfortunately not able to make it to defend her 2014 title, it means the doors are open for the first guaranteed British winner at Battle on the Beach.

Melanie Alexander – 2nd place in 2014, Mel is an Elite XC racer that has recently come back from the Andalucia Bike race. Mel also recently finished 2nd in the Knokke-Heist MTB beach race in Belgium, she will have more beach racing experience than anyone else in the pack.

Sarah Murray – A cyclocross rider who regularly finishes inside the top-10 at National Trophy events, Sarah is planning on racing MTB as well for 2015. With the speed and skills brought across from cyclocross, Sarah will be a rider to watch.

Isla Rowntree – Founder of Isla Bikes and also a rider with an incredible palmares, including current Veteran Cyclocross champion, which she also backed up the following day with 10th in Elite!

Rebecca Slack – 2 x National 100 mile TT champion, Rebecca is perhaps a dark horse, but her time trial ability might well be crucial if there is a headwind on the beach.

Iwona Szymd – Having completed in all distances from XC to 24hr solo, Iwona is an endurance and stage race specialist, She has also recently returned from Spain after racing the Andalucia Bike Race, which should mean some added fitness and form.

Have we missed someone? If so, let us know who you your tip is and who will you be rooting for?